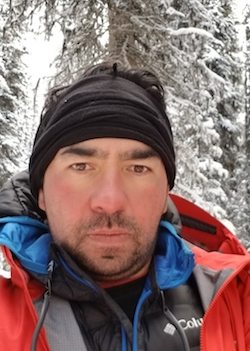 Joseph has recently completed a Master's degree in Social Justice from Lakehead University. He's a band member from the Muskrat Dam First Nation situated in the Nishnawbe Aski Nation. He previously graduated from the Justice Institution of British Columbia and Ontario Police College. Being Indigenous provides him with the natural link to nature and environmental issues. He believes that Indigenous people should maintain and strengthen the distinctive spiritual relationship with the traditional territories and land. Joseph is interested in creating a dialogue among both First Nations and Non-First Nations Communities. After hiking the 2650-mile Pacific Crest Trail and the John Muir Park, and completing a 6-month journey, it has opened his eyes towards environmental issues and the importance of preserving, promoting and protecting land resources. 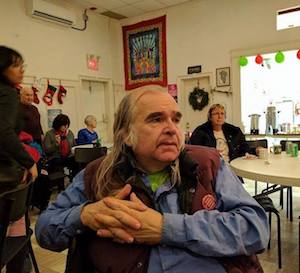 John has been an active environmentalist since the early 1970 's, working primarily on issues involving the protection of the landscape of Southern Ontario. This has led to some quite varied forms of environmental activism. One is transportation expansion, which most successfully, contributed to the defeat of the proposed mid-peninsula (Niagara) expressway. Another is waste management, which contributed to the defeat of numerous proposals to establish garbage incinerators in the Hamilton-Niagara region. He also played an important role in the defeat of Dump Site 41 in Simcoe County and the proposed Dufferin County mega quarry, while working closely with his friend Danny Beaton (of the Mohawk Six Nations).

John was recruited into Sierra Club Ontario through his extensive involvement in Greenbelt issues. This was important in the defeat of proposals which had they been adopted, would have greatly weakened the Greenbelt as a land use planning tool.

Dr. Lino Grima received his education at Manchester, London and Toronto universities. After teaching at the primary and secondary level in Malta, Lino taught undergrad and graduate Environmental Management and Water Policy courses at the University of Toronto for  three decades, as well as at Khartoum and Hanoi University in Asia. His research focused on policy options for environmental sustainability and he has authored seventy academic papers and a few monographs on municipal water pricing and conservation; public participation; environmental risk analysis.  He has consulted in Malta, Sudan, Vietnam, China, Indonesia, and Thailand, in addition to Canada and US. In spite of the many pressing global and local environmental problems, Dr Grima optimistically maintains that we can achieve a more just society, sustainable economy and healthy ecosystem. 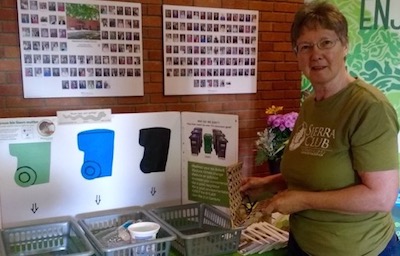 Rosemary is a founding member of the Peel Group Chapter at Sierra Club (covering Brampton, Mississauga, and Caledon). Representing Sierra, she has participated as a stakeholder during policy review roundtables for Credit Valley Conservation, Toronto Region Conservation Authority, City of Brampton, City of Mississauga, and Region of Peel. Currently she serves as a committee member on the Brampton Environment Advisory Committee and the CTC (Credit, Toronto, and Central) Source Protection Committee. A committed environmentalist, Rosemary loves to be out in the community working with Sierra Volunteers and Conservation partners on tree plantings, invasive species pulls, and sustainable neighbourhood projects.

She and her team plan and participate in education and outreach at a variety of community events including Seedy Saturdays, Mississauga Earth Market, and Bike the Etobicoke Creek. "One of my favourite places is the Medicine Wheel Garden at Heart Lake Conservation Area in Brampton. I was very happy to be involved when First Nations representative Anthony Templar led us through the establishment of the garden. Each year in early June we gather with community partners for a Drum Circle and to work on the garden.

The Great Lakes hold 1/5th of the world’s fresh surface water and currently provide drinking water to over 42 million...
END_OF_DOCUMENT_TOKEN_TO_BE_REPLACED
Tweets by SierraClubON