Say NO to radioactive nuclear waste trafficking in Canada and U.S. "Transporting an unlimited amount of nuclear substances from OPG's facilities will place countless Ontarians at risk. A small accident involving radioactive material could have catastrophic consequences."

Ontario Power Generation (OPG) has quietly submitted an application to the Canadian Nuclear Safety Commission (CNSC), seeking to amend licenses for twelve nuclear facilities on the shore of Lake Ontario. These amendments will allow unlimited import and export of nuclear substances between Canada, the United States, and other nations. These nuclear substances include: waste, equipment, materials, shielding, packaging, and laundry. Some international transport of nuclear substances already occurs. However, the amendments will remove restrictions on the amount of material that may be imported and exported.

This proposal will impact more than just OPG's profit margins. It will directly affect the public, introducing unnecessary health risks and the potential for an environmental disaster. Nuclear substances in transit face the possibility of accidents, spills, fires, or sabotage. Exact transport routes between Canada and the United States are classified and varied for security reasons. However, there are fourteen road border crossings, more than a thousand kilometres of highway, and a myriad of unforeseeable circumstances in between.

There is no safe level of exposure to radioactive materials. Once equipment, metal, soil, and concrete have come into contact with it, the radioactivity cannot be removed. By transporting nuclear substances, rather than processing and storing them on-site, communities and the environment are placed in harm's way. Transit workers and border officials are particularly at risk from repeated exposure to plutonium, cesium, strontium, tritium, and hundreds of other radionuclides that may now be imported and exported without limits on volume or amount of radioactivity. 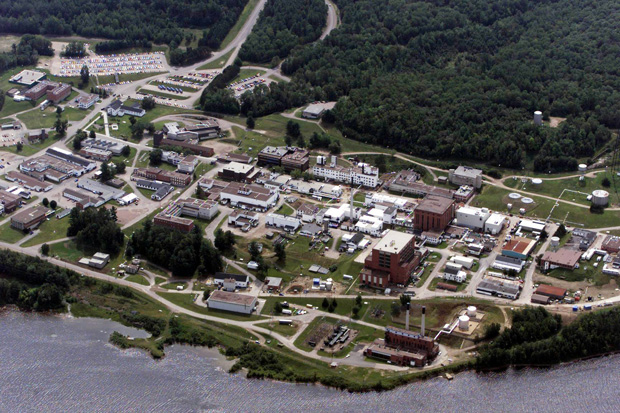 More than two dozen First Nations' lands lie along potential transport routes for nuclear materials. Neither OPG nor the CNSC has consulted with any First Nations people regarding transport of hazardous materials near their land and water sources. This is a direct violation of the United Nations Declaration on the Rights of Indigenous Peoples (UNDRIP), which states that governments must not store or dispose of hazardous materials on the lands of indigenous peoples without “free, prior, and informed consent.” In a comment to the CNSC, Grand Chief Patrick Madahbee spoke on behalf of the Anishinabek Nation and the Iroquois Caucus, calling upon them to reject OPG's application, as the amendments will allow for unlimited transport of nuclear substances through Anishinabek, Iroquois Caucus, and other First Nations' territories.

“Sierra Club Ontario (SCO) calls upon the Canadian government to honour the standard of free, prior, and informed consent under the UNDRIP,” said Christine Elwell, SCO's Green Energy Campaign Chair.

Transporting an unlimited amount of nuclear substances from OPG's facilities will place countless Ontarians at risk. This is more than an administrative addendum – it is a real, tangible threat to people and ecosystems along the routes between facilities. A small accident involving radioactive material could have catastrophic consequences.

“We will continue to work together with the Nuclear Information and Resource Service to oppose this reckless proposition,” continued Elwell.

To find out more about this issue, please contact us at "ontariochapter [at] sierraclub.ca".

The Great Lakes hold 1/5th of the world’s fresh surface water and currently provide drinking water to over 42 million...
END_OF_DOCUMENT_TOKEN_TO_BE_REPLACED
Tweets by SierraClubON