Sierra Club Ontario is proud to co-present - together with Planet in Focus - their Wildlife Shorts Program, taking place:

We are giving away 2 FREE TICKETS to the program! Here's what you have to do to win them...

Contest winner will be announced on Tuesday October 17th at 12pm.

The Wildlife Shorts Program centers around environmental conservation and species protection. It consists of three short documentaries - Elk River, The Hundred Year Old Whale, and Fix and Release - which showcase how documentaries can be a catalyst for conservation and empathy for animals. Through elk, orca, and turtles we see the inescapable importance of animal protection.

Elk River is a short film led by filmmaker Jenny Nichols that follows scientist Arthur Middleton, photojournalist Joe Riis and contemporary artist James Prosek as they interpret elk migrations through their individual mediums – data driven science, photography and original painting. As they travel deep into the heart of the rugged and beautiful landscape of the Greater Yellowstone Ecosystem, they work with landowners, ranch managers, outfitters, guides, agency biologists, an unusual mule named Rosie, and many others to walk in the footsteps of this awe-inspiring animal.

Born in an era when whales were on everyone's menu and her family members were being harpooned, then shot, then captured and put on display, Granny, the 100-year old wild orca miraculously survived in the west coast waters for over a century as the world - and the world of whales - has changed completely. We meet the world's oldest killer whale and explore her past and her family's future.irected by Mark Leiren-Young and produced by Tony Wosk. 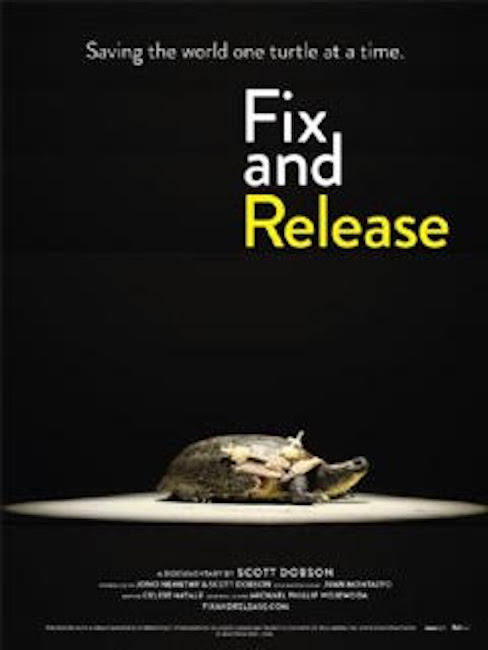 Fix and Release explores the Ontario Turtle Conservation Centre, a small turtle trauma centre in Peterborough Ontario Canada as it fights to even the odds for survival that freshwater turtles face in a modern world. Most turtle species in Canada are endangered due to loss of habitat and collisions with cars and boats. Dr. Sue Carstairs leads a team of dedicated staff and volunteers as they develop their own groundbreaking approach to reptile medicine. This visually beautiful film shows turtles in a way that few have seen before – highlighting their amazing ability to recover from catastrophic injury and hinting that these ancient creatures may be more complex than previously thought. Directed by Scott Dobson. Produced by Scott Dobson and Jono Nemethy.

About Planet in Focus:

Now in their 18th year, Planet in Focus is an environmental media arts organization with year-round programming. Their mandate is to produce cultural events that showcase engaging and artistic films that question, explore, and tell stories about the world in which we live.They use film as a catalyst for public awareness, discussion and engagement on a broad range of environmental issues. Their goal is to enlighten, engage, and entertain audiences of all backgrounds – through film.

The Great Lakes hold 1/5th of the world’s fresh surface water and currently provide drinking water to over 42 million...
END_OF_DOCUMENT_TOKEN_TO_BE_REPLACED
Tweets by SierraClubON