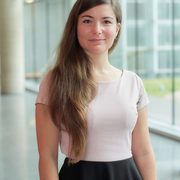 Sofia Ababou is a master's student in political science at the Université du Québec à Montreal (UQAM) and holds a bachelor's degree in philosophy
from the Université Jean Jaurès in Toulouse (France). Coordinator of the
Geopolitical Observatory of the Raoul-Dandurand Chair of Strategic and
Diplomatic Studies for the 2019-2020 year, she is also a Fellow researcher and works on the geopolitics of climate change as well as on migration, borders and border walls worldwide. For her master's thesis, Sofia Ababou is interested in the relationship between environment and migration in West Africa. Dr. Isabelle-Anne Bisson is an expert in environmental impact and community needs assessment, helping organizations achieve sustainability. Dr. Bisson has over 20 years of experience as a scientific consultant, coordinator and manager of science and conservation projects globally. She has lead projects for the United States’ Department of Defense and headed a program in Uganda for a United States Agency for International Development initiative. She completed a B.Sc. and M.Sc. in Science at McGill University in Montreal and a Ph.D. at York University in Toronto. She went on to conduct post-doctoral research at the Smithsonian Environmental Research Center and at Princeton University.

In 2014, she co-founded and is now solely running a firm that offers expert services in sustainability. Recently, she worked closely with northern Aboriginal communities and the environmental challenges they face with ongoing development. She is fluent in French, English and Spanish. 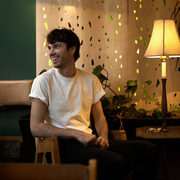 Antoine C. Falardeau : After having studied in History, museology, visual art and event design at « name of institution », I specialize in interpersonal relationships and human environment, with a special interest and passion for urban settings. I believe that the role of biodiversity in the city is integral to connect people with the natural world. It is my hope to spread awareness and demonstrate the link between individual decisions and nature-conservation issues in the urban environment. 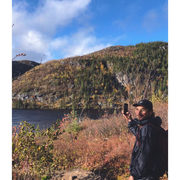 Romain Jaeger  is a biologist and ecological engineer (M.Sc.) specializing in plant ecology. His studies in France allowed him to develop solid skills in environmental impact studies as well as in the management and restoration of natural and anthropogenic environments. He will soon begin a PhD in urban ecology in which he will focus on the importance of the links that exist between green infrastructure in urban areas and a set of ecosystem services (regulation, socio-economic, cultural). Another aspect of his research will focus on the development and integration of new components with multiple co-benefits into the green network of cities such as green school yards and urban agriculture projects.

Romain has a strong interest in the protection and conservation of natural spaces that he loves to explore during road trips, but almost on a daily basis during outdoor activities (trail running, hiking, gravel bike). He supports the growing need for events and actions to raise awareness and education on environmental issues, as well as the recognition and enhancement of the wealth that our close environment provides us (medicinal plants, mushrooms). To do this, he relies on collaboration between associative groups, scientific experts, cities and governments in addition to the curiosity and commitment of populations. 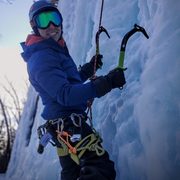 Rain Forest Noakes is completing a Master’s of Environment (MEnv) at Concordia University, also on the executive board of the Climate Emergency Committee, and he previously completed a Bachelor’s in Outdoor Intervention (BSc) at Université du Québec à Chicoutimi. He is also currently working as part of the Vegetation Restoration crew with the Resource Conservation team at Banff National Park, third season with Parks Canada. Rain Forest’s graduate research is centered around improving the methodology and transparency of Parks Canada’s ecological integrity monitoring program, ensuring the protection of our national parks. With extensive experience in an outdoor setting, Rain is constantly looking to explore the Canadian wilderness by climbing, hiking and paddling. 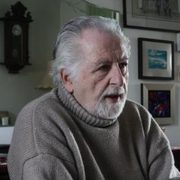 Dimitri Roussopoulos is a political activist, ecologist, writer, editor, publisher, community organizer, and public speaker. Educated in philosophy, politics and economics at several Montreal universities and London. Roussopoulos has sought to keep himself free from any academic confinement, and apart from having taught for two years in the late sixties at a college that followed the progressive education philosophy of John Dewey, he has remained institutionally independent.

Founder of the Combined Universities Campaign for Nuclear Disarmament [CUCND] in Canada, Roussopoulos also founded and edited Canada’s first peace research quarterly journal in 1961, Our Generation. Its first issue gained a circulation of 3000 and was prefaced by Bertrand Russell. The journal evolved into an international new left journal, titled Our Generation. In 1962 he co-founded the International Confederation for Disarmament and Peace (ICDP) at the University of Oxford.

Starting in 2001 Dimitri Roussopoulos heads the Taskforce on Municipal Democracy of the City of Montreal, helping to draft the Montreal Charter of Citizen Rights and Responsibilities, the first right-to-the-city charter in North America which was recognized by UNESCO as an important innovation in democracy. Active with and promoting the World Social Forum, Roussopoulos continues to advance the need for an extra-parliamentary opposition in Canada. 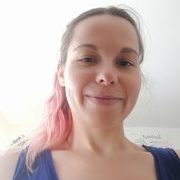 Isabelle Sawyer is a jurist-geographer (LL.B.-B.Sc.) devoted to community advocacy.

She founded the Student Animal Legal Defense Fund (FEDJA) at the UdeM (Université de Montréal) Law Faculty, participated in the design of the first animal law class for the bachelor's degree, and to community stages being recognized as official in this emerging field of law.

Prior to this she contributed to the organizing of the first UN congress for biological and cultural diversity, before interning at the INRS (Institut national de la recherche scientifique) inside a network dedicated to the recognition of Indigenous academic leadership, and where participants are invited to approach knowledge and learning in a pluralistic co-created horizontal way. 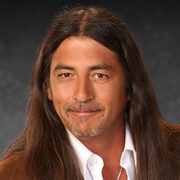 Grand Chief Serge Simon is the elected Grand Chief of Kanesatake First Nations and one of the co-founders of the Treaty Alliance against Tar Sands expansion, an anti-pipeline group that now comprises 115 chiefs from First Nations across Canada and the United States.

The Grand Chief Serge Simon was born in Kanesatake and is of the Turtle clan, of Mohawk and Algonquin descent. He is a firm believer in unity, above and below with chiefs across the land. 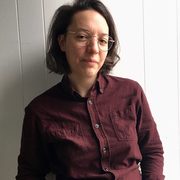 Charline Stiefvater is a master’s candidate at the Department of Political Science at UQAM. Her research addresses indigenous rights in French Guyana. Previously, she completed a bachelor’s degree in anthropology and political science. She supports the idea of plurality of struggles by integrating ecology, social justice and feminism at the center of her thinking. In her spare time, she likes to restore old furniture, hike, and rock climb.