"The Peacemaker's World can only be protected by the direct action of the Ontario government putting rural lands in Simcoe into Ontario's Greenbelt, which would protect such natural wonders as the Minesing Wetlands...Rather than being seen as a controversial hot potato to be tossed around and evaded, the province needs to make a bold move that would win it plaudits from a public prone to cynicism."

My friend Danny Beaton (Mohawk Six Nations) has worked with me for the past decade to protect the sacred but threatened landscape of Simcoe County, better appreciated as Huronia. This was a homeland to a great civilization, now dispersed to Oklahoma and Lorette near Quebec City. It is best appreciated - he explained to me - as "The Peacemaker's World."

The Peacemaker was a Huron who journeyed over Lake Ontario to found the Iroquois Confederacy. That such a prophetic figure, a visionary upholder of good constitutional governance, should have emerged out of Simcoe County, is expressive of why all its remaining rural landscape needs to be protected by Ontario's Greenbelt. Rather than following the Peacemaker's principles of the Good Mind, it has now become the Wild West of urban sprawl. 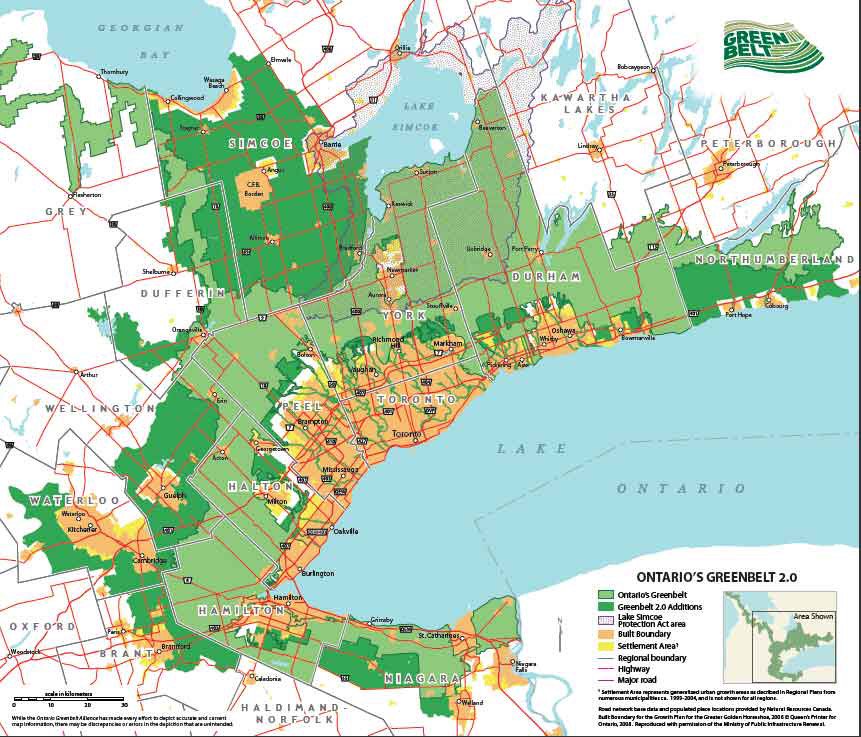 The essence of the Greenbelt is that it protects natural areas from intrusions and the entire rural landscape from urban boundary expansions. Once lands are put into the Greenbelt, they are protected for the next ten years. As was witnessed by the last bitter battles over the Greenbelt Review, the decennial review can be intense, but it is much more transparent process than the myriad of official plan amendments, council decisions and OMB hearings which are the alternative.

For the past decade Danny and I have clashed with municipal councils on a vivid range of issues. One surprising thing I learned was that in the northern part of Simcoe County, in and around Tiny Township, that there are actually surviving old growth forests. These however, are not well protected because of the complex battles between the County, municipalities, developers and the Ontario Municipal Board (OMB).

Simcoe County did develop a candidate list of protected natural areas through a study conducted in 1996. Its recommendations have still not made it into the Simcoe County Official Plan. One of its surprising findings that in Tiny Township there are still "extensive tracts of forests" that "are important habitat for a number of forest interior (bird) species as well as for mammals such as Black Bear, Martin and Fisher which have large home ranges."

The ignored 1996 natural heritage report found that the northern part of Simcoe County still had "vast tracts" of old growth forests. These "represent the last vestiges of what southern Ontario looked like in pre-settlement times. Unlike much of southern Ontario, where the original woodlands have become highly fragmented" these woodlands survive as "unbroken forest blocks". Photo of Danny Beaton (left) and John Bacher in Midhurst ON

Danny Beaton and I recently were devastated to witness devastation in one of the core old growth, predominately Sugar Maple forest blocks of Tiny Township at French's Hill. After seeing this, he asked, "Why do corporations continue to rape and pillage our forests, wetlands and water ways to Georgian Bay? Why do companies continue to stake claim to the last endangered trees and forests with immunity from Simcoe County Governance? Why are citizens being ignored in county meetings that are set up for citizen participation and shared authority over land rights and development?”

Beaton and I have also been deeply involved to protect the legacy of reforestation in Simcoe County, that brought back to life a landscape turned to desert by deforestation.

With Beaton I was able to participate in the occupation with the Beausolei First Nation in the occupation of Springwater Provincial Park. After a year this caused the provincial park to be re-opened. While this campaign was successful, I became aware too late of a terrible development across the road from Springwater Provincial Park. This was on private lands that had been reforested sixty years ago, and were designated as an Environmental Protection area in the Springwater Township zoning by-law and official plan. Despite this designation and although the area is not serviced with sewers, the lands were rezoned and designated to permit the construction of the Black Creek Estates of Snow Valley. 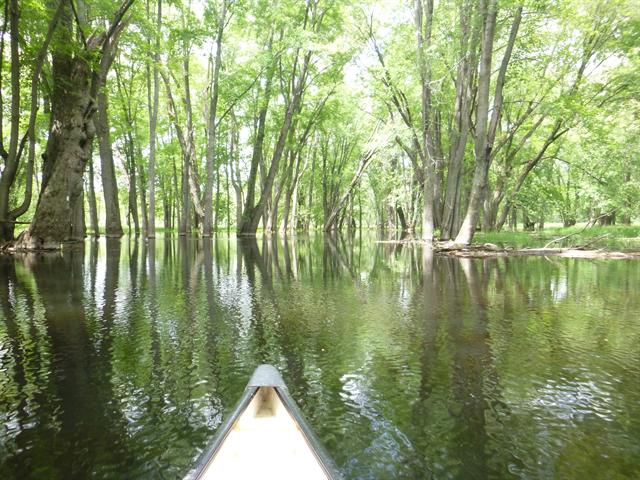 The Black Creek Estates were simply the vanguard of destructive development schemes around Midhurst which have the goal of increasing the community tenfold in population to around 30,000 people. What makes this scheme so harmful is that through massive storm water runoff, it will impact the Minesing Wetlands, a treasure house of biodiversity. It is the only refuge in Canada for the Hine Emerald Dragonfly, a vernal pool obligate species - much like the Spring Peepers and Chorus Frogs - which explode into a magnificent symphony of sound when the snow begins to melt. Some 135 native bird species nest in the wetland. One of the most spectacular of these features are two nesting colonies of Blue Herons, one of which has more than two hundred nests.

The Peacemaker's World can only be protected by the direct action of the Ontario government putting rural lands in Simcoe into Ontario's Greenbelt, which would protect such natural wonders as the Minesing Wetlands. This move needs to be carried out before the next provincial election. Rather than being seen as a controversial hot potato to be tossed around and evaded, the province needs to make a bold move that would win it plaudits from a public prone to cynicism.

This article was written by Dr. John Bacher, Greenbelt Campaign leader at Sierra Club Ontario, and a member of the Preservation of Agricultural Lands Society (PALS).

The Great Lakes hold 1/5th of the world’s fresh surface water and currently provide drinking water to over 42 million...
END_OF_DOCUMENT_TOKEN_TO_BE_REPLACED
Tweets by SierraClubON